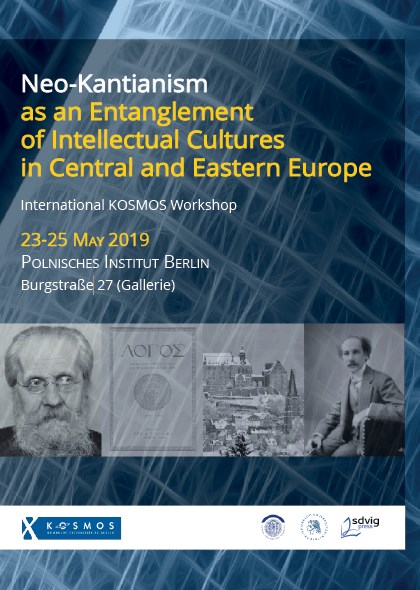 Neo-Kantianism as an Entanglement of Intellectual Cultures in Central and Eastern Europe (Germany, Poland, and Russia)

Value-Reality vs. Social A Priori: Tragedy in Central and East European Ways of Worldmaking

Nelson Goodman coined the term “worldmaking” in connection with Cassirer’s symbolic forms to refer frames of reference and descriptions of how the world is that stand in for the world. Yet the word “worldmaking” brings also to mind efforts to construct an actual new world, as in socialism. In my talk, I would like to follow the speculative thought inscribed in this double meaning of “worldmaking” to where it nearly materialised as one double-faced (dwulicowy, Edward Abramowski’s favourite word) phenomenon, i.e. to the attempt at the turn of the 20th century to combine the Kantian legacy with socialism. I will single out two ways of instilling scientific socialism with values, ideals, and free, goal-oriented action: on the one hand, Herman Cohen’s socialism, which allegedly follows straightforwardly from a proper understanding of Kant’s categorical imperative (or the religion of the prophets), influential among the German revisionists, and, on the other, the Polish and Russian social Kantianism of Abramowski, Kazimierz Kelles-Krauz, Stanisław Brzozowski, Aleksandr Bogdanov, and Anatolii Lunacharskii. The two currents differ vastly from one another; however, they both disembogue into a theory of tragedy, thus reiterating the development of classical German philosophy from Kant’s dualism to theories of tragedy that modelled the relation between theoretical and practical reason. Theories of tragedy are theories of the realisation of theories.